If you are sea gipsy, a real sailor (I mean, sailing, not motoring your way), like to stay away from main charter routes and marinas …we might be, just the right choice for you.

Here you can find information about free anchorages (and few buoy fields), supply possibilities (food & water) and what you can see in a walking distance.

We are couple, skipper and hostess, offering our services and unique experience. Complete solution at very competitive price.

Zoom in and choose destination anchorage on the map.

We cruise every summer and give our best to keep information up to date as much as possible.

Most of anchorages we visit are free (no buoys and marinas).

Adriatic Sea is the northernmost and the most indented part of the Mediterranean Sea. It is separating Apennine peninsula from Balkan peninsula. Countries with coasts on the Adriatic are: Albania, Montenegro, Bosnia and Herzegovina, Croatia, Slovenia and Italy.

Most of 1300 islands in the Adriatic are located along Croatian coast. Number does vary depending of different classification, but it is around 1200.

Largest Croatian islands are Cres and Krk which are competing for the title for a long time.

Most of the islands in Croatia are uninhabited. There are only 47 inhabited islands.

Maximum depth of the Adriatic is 1233m.

Very important part for all sailors: 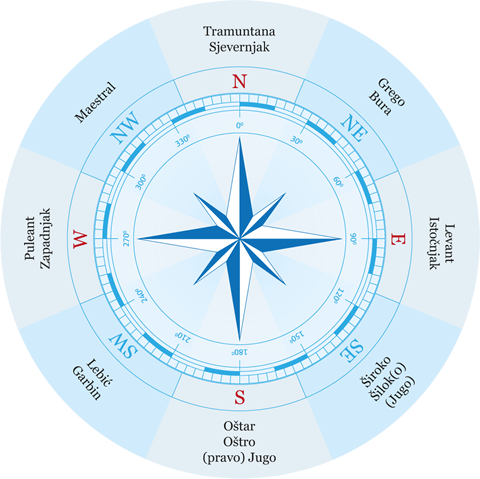 From June, trough July until the end of August (some years even September) winds are mostly thermal, following the Sun. Because the land warms up (and cools down) faster than the sea, difference of pressures and temperatures creates the wind. When Sun rises, land gets warmer and wind starts blowing from the sea (Oštro). Sometimes it stays all day but mostly it stops mid day and it is very calm and quiet for a while. This calm period is not always same. Sometimes, it is very short and Maestral kicks in immediately, but other times only after couple of hours. It blows until sunset. Evenings are usually calm and during the night some light N wind (Burin) is to be expected.

Summer period is mostly stable, predictable and pleasant for sailing. Anyway, follow local forecast and stay safe. Nevera (thermal storm system) is quite common in August and it can reach 12bof. Bura is rare but possible. Not so violent like in the Winter and lasts max. 2 days but still force to be respected. Lebić is also rare but dangerous.

Rest of the Year

Jugo and Bura are main characteristics of the weather on the Adriatic, and blow frequently during winter period (from October to April), while Maestral mostly blows in the summer. Jugo is stronger and more frequent on the southern Adriatic, while  Bura blows more often in the northern Adriatic. In the winter, winds are typically more frequent and stronger.

It comes suddenly and blows in violent busts. It can occasionally reach gale force levels. Gusts of over 200 km/h have been recorded, corresponding to the speeds of the strongest hurricanes. It blows in exceptionally strong gusts from the interior of the colder mainland mountains of the eastern Adriatic. Most often from the north-northeast to east-northeast. The strength of the Bura is due to the presence of warm air over the sea surface, and the cold air over the coastal mountain ranges, which creates a strong surge of air in order to equalize air pressure.

In the winter, Bura blows more frequently, stronger and for a longer period (from 3 to 7 days), while in the summer it is less frequent, weaker and blows for a shorter period (up to 2 days). Gale force Bura winds last maximum 2 days. Sudden appearance of the Bura wind is one of its most dangerous features.

Strong Bura is predictable and forecasts are reliable. Find a good shelter in time.

is a strong northern to northwest wind generated by passing of the cold front over Adriatic. Of rather short duration – usually after a single day it turns into Bura – Tramuntana arrives suddenly and very soon reaches stormy force, causing gales and very rough seas.

However Tramuntana is less common in the summer, even though its commonly mistaken for a strong Maestral, because of the terrain configuration in Croatia.

Maestral is cool wind that comes from the sea to the land, so it blows from NW in most part of Croatia, depending of land configuration. It is thermal wind that blows in the afternoon, because the land warms up faster than the sea, so the difference of pressures and temperatures creates wind. Though it’s mainly a soft to medium powered, it sometimes gets strong, especially in the narrow passes in Dalmatia such as Brac channel, and the Peljesac channel (which is why these areas are widely known windsurfing destinations).In the afternoon hours, it can achieve speeds of 20 to 35 knots.  Maestral mainly doesn’t create big waves.

In the southern Adriatic, the Mistral is more prominent than the in the north, and begins blowing earlier in the day.

It is present from spring to autumn. It lessens the summer heat, accompanies nice and stable weather and is pleasant for sailing.

Jugo is frequent wind in the autumn, when it blows up to 50 knots, or more. In the Summer it’s rare and mostly light. However in the late summer, strong Jugo is possible, and this should be noted, as it can be dangerous.

Cyclonal Jugo is a moderate to strong wind, sometimes reaching stormy force, blowing from ESE to SE, caused by a cyclone progressing from the west Mediterranean into the Adriatic area ,bring heavy clouds and a lot of rainfall. Cyclonal jugo is the most frequent variation of south wind in the Adriatic area. In the autumn and winter time waves reach up to 5 m in height in the open sea areas, so beware.

Anti cyclonal Jugo is a rather rare springtime or autumn wind generated by a deep cyclone over north and northwest Europe and an anti-cyclone over the east Mediterranean. This kind of wind is typically accompanied by a slightly misty sky with rare high clouds moving fast from WSW, dry air, high temperatures. It can reach stormy force.

Unlike  Bura, Jugo never starts suddenly. It is less dangerous than the Bura because it is gradual and does not surprise. It blows more often and stronger in the southern Adriatic. It rarely remains  weak and can often reach gale force levels. It is more pronounced on the open sea. However, it can be very strong in those coastal areas where the sea is open or where the wind blows through channels. In the summer, it blows less frequently and with a lesser intensity, while in the winter it can blow for 10 days, or with small breaks for up to 3 weeks.

Jugo has its favourite playgrounds: from Dubrovnik to the mouth of the Boka Kotorska Bay and in the wider area of the Kamenjak Cape (southern tip of the Istrian peninsula), as well as open seas of the Mid-Adriatic.

is a rather moderate wind blowing from the S, thermal by genesis that “follows the Sun” and precedes Maestral. With global climate changes and Summer Maestral losing regularity, Oštro sometimes keeps blowing all day long, until sunset.

It is Summer, light to moderate wind, very pleasant for sailing.

is mostly winter wind of short duration, but generating extremely rough seas and bringing heavy rainfall.
Announced by extremely high tides, Lebić also causes poor visibility.
It is generated by passing of a cyclone eye over the continental part of Croatia and progression of a cold frontal; a deep depression over the north Adriatic causes a strong southwest wind, air pressure fall and unstable cloud systems – that swiftly turn into stormy west wind. Such an occurrence in the summer months causes a very dangerous abrupt gale, inevitably causing damage on boats and on the shore.

This wind does not appear often, but when it does, it comes in force and brings lots of rain. It blows more often in the northern Adriatic. It creates big waves and storms where it passes.

It progresses in several rather unusual phases. First, the western sky is fair, there’s practically no wind, the sea is calm… then a curtain of heavy clouds comes from the west. After short wind gusts there’s a calm again  soon followed by a very strong wind creating high and long waves, extremely unpleasant and dangerous, especially in the longitudinal channels. Pulenat, as a typical storm wind, should be well respected and feared!

Levanat is the wind blowing from the East. It usually brings cloudy and rainy weather in the winter months while in the summer it blows in the sunny mornings and was usually changed by Maestral in the afternoons.

If you are looking for optimal way to enjoy and relax on your holiday, we highly advise that you take a professional skipper.

Even if you already have a boat license, hiring a skipper will add to your safety and relaxation time. Specially in a busy season when anchorages and marinas are overcrowded with boats and people, skipper can greatly reduce your stress time by making the right choices.

Our skippers are great sailors and sailing instructors so you can enjoy in a real sailing cruise instead of motoring your way. Leave as small foot print as possible by sailing most of the way and using solar power. 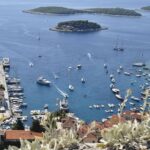 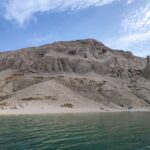