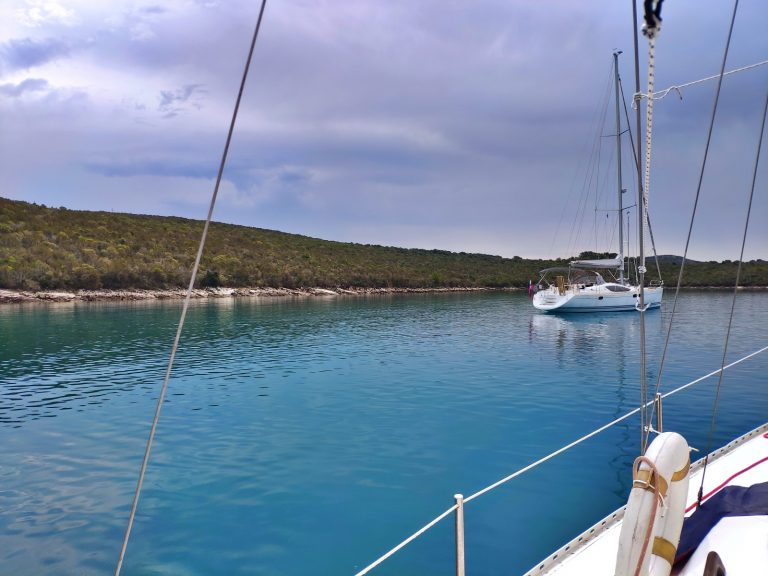 Quite well protected, depending which corner you chose. Be aware of rocks in the E corner. NW is much better with sand bottom and deep enough to come very close to the shore. In the middle, too deep for anchor to be safe. Big boats only. 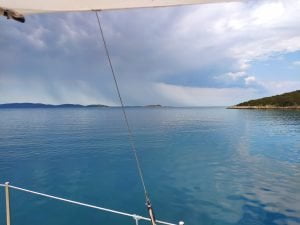 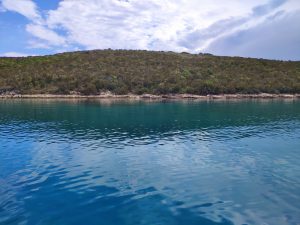 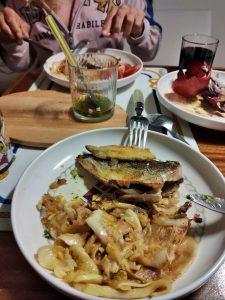 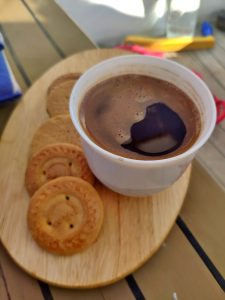 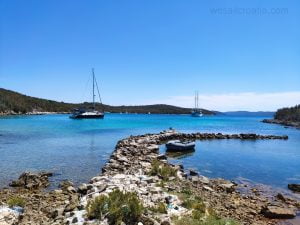 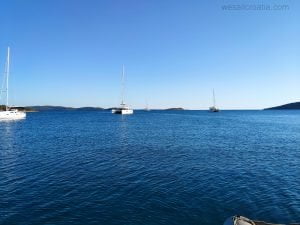 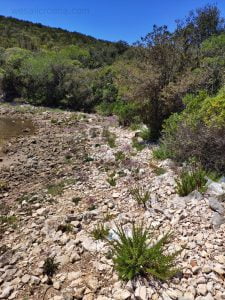 A lot of rubbish in the W corner 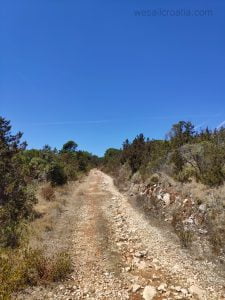 Connection with a main road 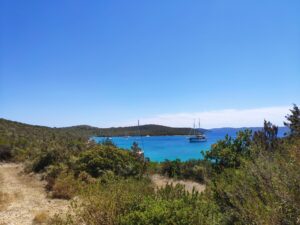 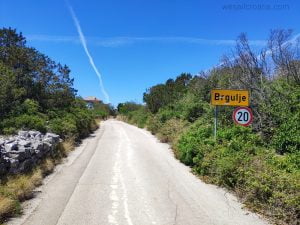 On the way to Brgulje 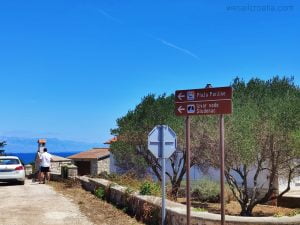 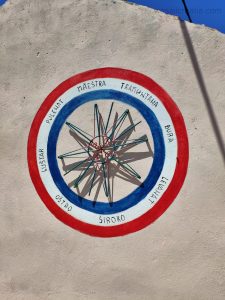 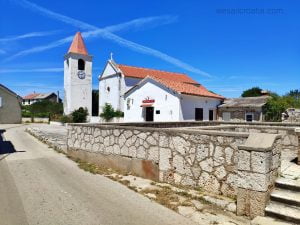 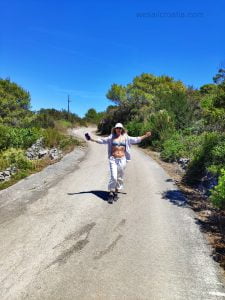 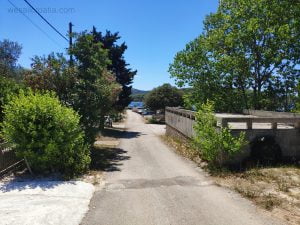 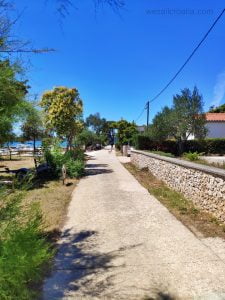 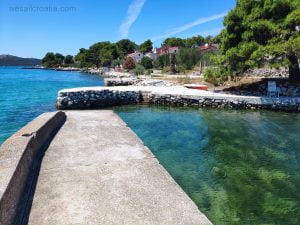 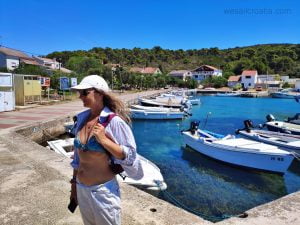 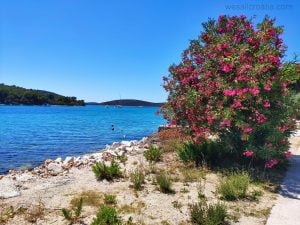 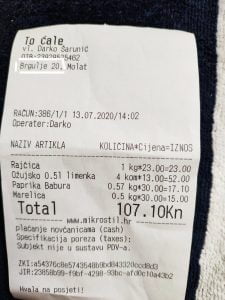 Prices in the local shop 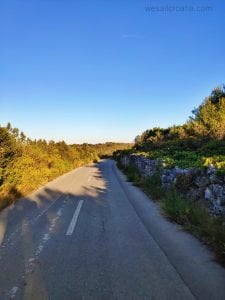 On the way to Molat village 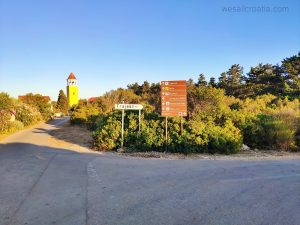 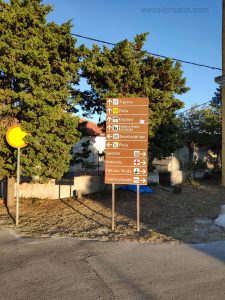 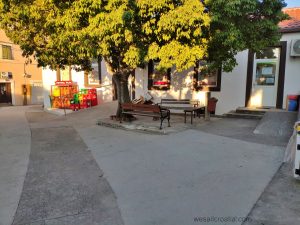 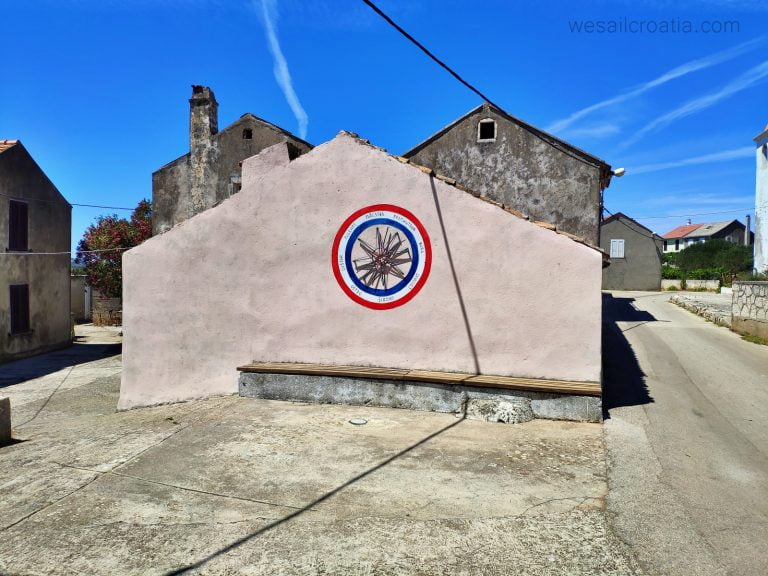 Island Molat is situated in the North part of Zadar archipelagos . There are 3 villages: Zapuntel, Brgulje nad Molat.

Molat is situated between 2 bays on opposite side of the island. On the SW side is a harbour and NE, Jazi beach.

Village has a supermarket and a post office. Supermarket belongs to Sonik chain which you can find on other islands as well. Shop is good and prices are little higher than on land, but much cheaper than other island supermarkets.

Other village we visited is Brgulje. Same as Molat, main part, with a church is up on the hill and other part is on the sea. There is small shop but with much higher prices. There are couple of nice looking restaurants by the sea.

Brgulje is about 2,5km and Molat 3km from the Podgrabe bay.

Zapuntel is little too far so we left it for some other time. 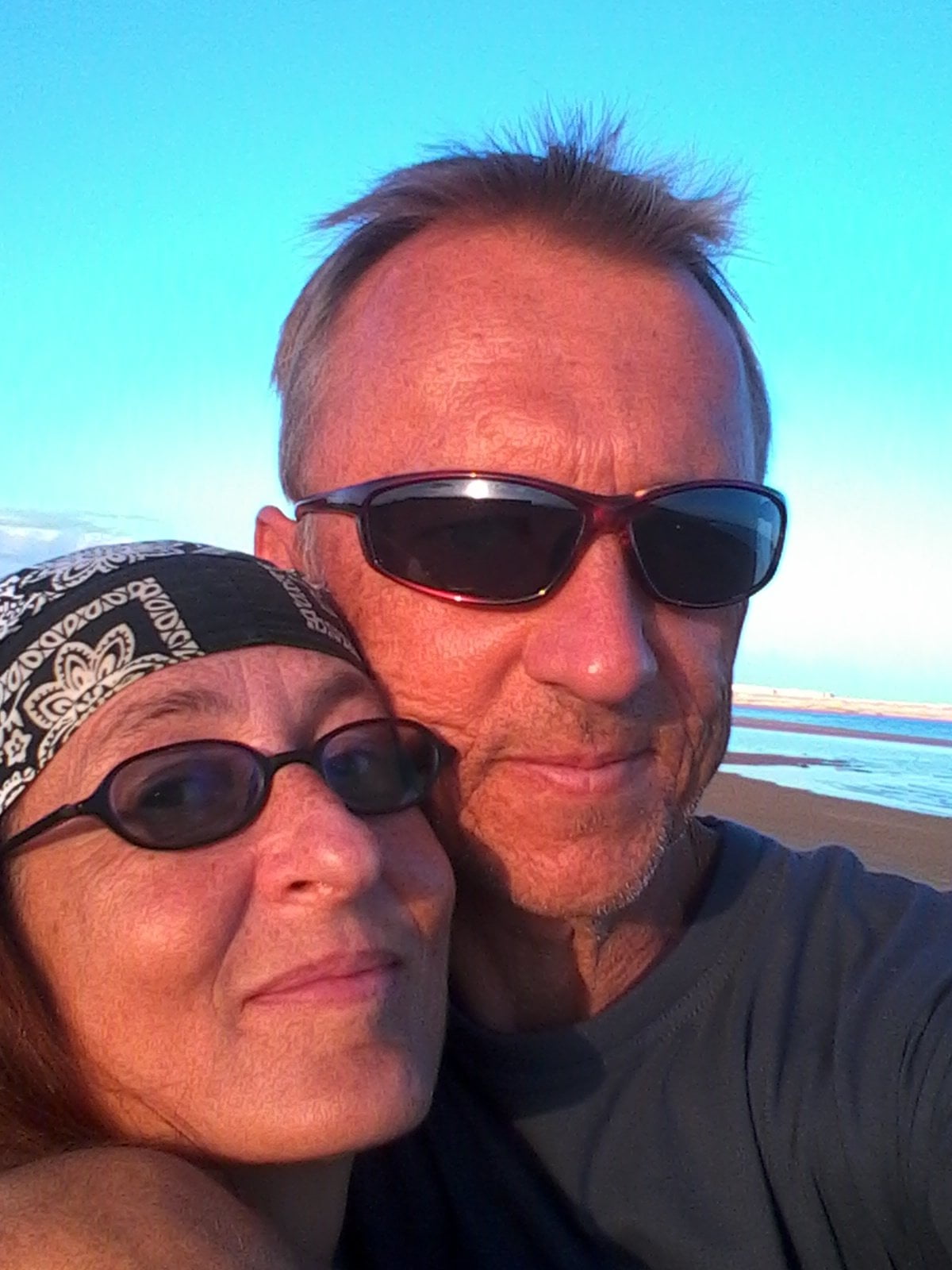 Shall we meet on the sea!